Bold. Flavorful. Spicy. Fragrant. All words to describe the Indian beverage steeped in rich history -  Chai. In Hindi, chai translates literally to “tea” and is more than just a drink, it’s a culture. Here in the U.S. you're probably familiar with it as a spiced tea option you can brew at home or enjoy at your favorite coffee shop.

The Origins of Chai

With British colonization in India came a love of tea. In 1835, Assam, India became an important location in the tea trade with the establishment of tea plantations by the British East India Company. During this peak tea trade time, the black tea being produced was mixed with spices, sweetener, and milk by Indians - giving way to the Chai we are familiar with today. However, it wasn’t very popular due to the high cost of tea.
Attitudes towards tea in India changed in the early 1900’s, when the British Indian Tea Association decided to heavily promote sales and tea drinking in India - thus began the Indian love of tea. Tea really took off in the region during the 1960’s, however, when tea production became more automated, and therefore cheaper. Today, Chai remains one of the most popular drinks in India, and India is now one of the largest consumers of tea worldwide. Street vendors, called “chaiwallas” sell chai by way of boiling kettles and when you visit someone’s home you can expect to be served a cup of chai. To drink four cups of chai a day is not uncommon, and a tea break around 4pm each day happens with regularity. Chai has wonderfully and artfully established itself as a way of life in India.

While the preparation of chai has the same base - black tea, spices, honey, and milk - there are quite a few variations on how to drink it. Here are some of the most popular that you’ll find enjoyed all across India:

Masala Chai
This chai blend is one of the oldest and most popular. It is typically spiced with clove, cinnamon, black pepper, ginger, nutmeg, and cloves. Ginger Chair (Adrak)
Grated ginger is added to this chai blend, and is popularly drunk to clear sinuses and treat colds.

Kashmiri Kahwa
This particular chai is made from green instead of black tea. Spices such as saffron, cinnamon, and cardamom are added, along with almonds.

Sulaimani Chai
Brewed to aid in digestion, this popular black chai is served with lemon. Bombay Cutting Chai
This is a much stronger version of Masala chai that is served in small portions, similar to in composure to espresso.

Are you craving a fabulous chai to brew in your Keurig? Look no further than Angelino’s Bombay Chai. Sourced from chai’s place of origin, Assam, this bold and spicy blend tastes of cloves, cardamom, orange peel, and cinnamon and is a great addition to your morning routine or evening relaxation. 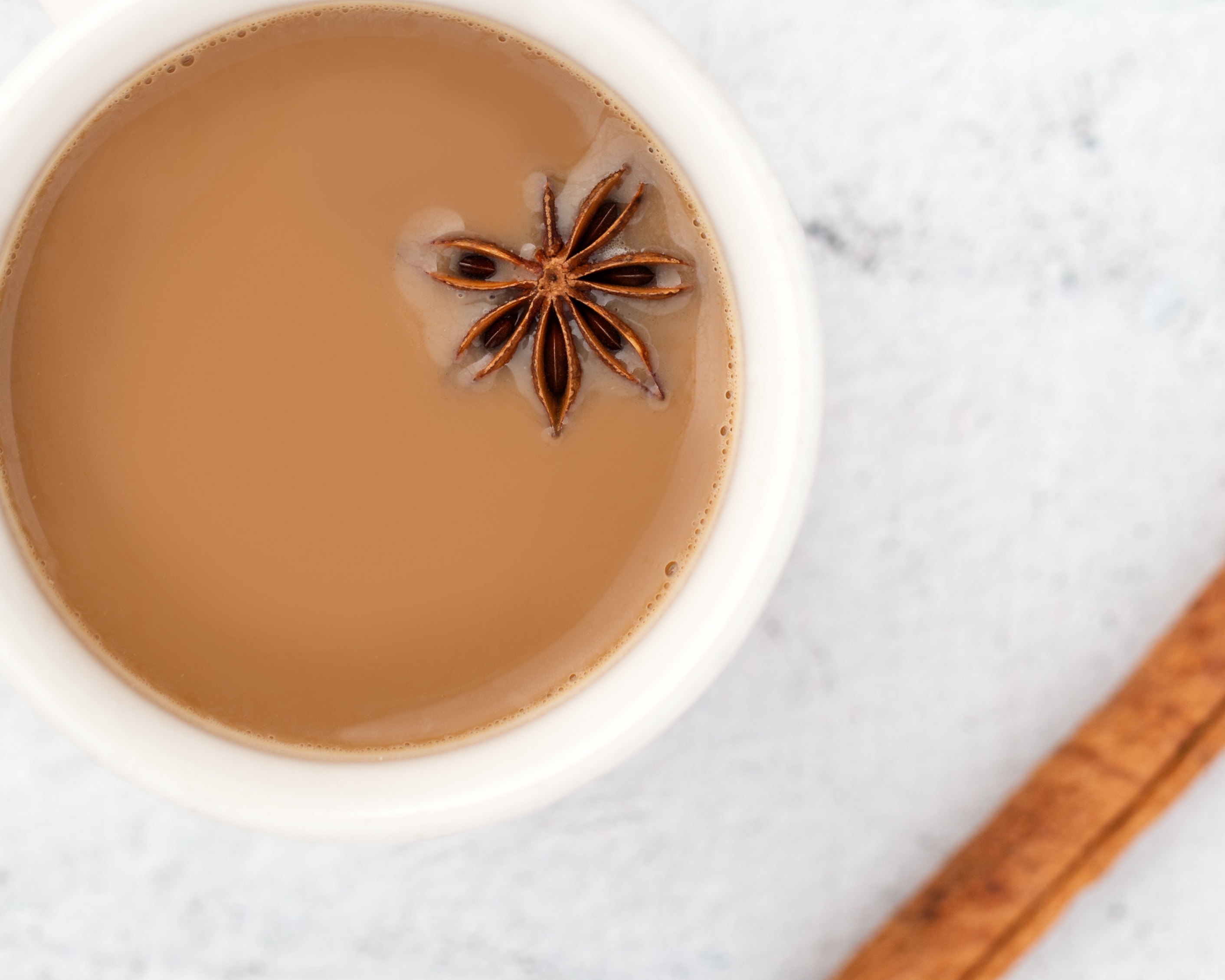